Connect it and They Will Come 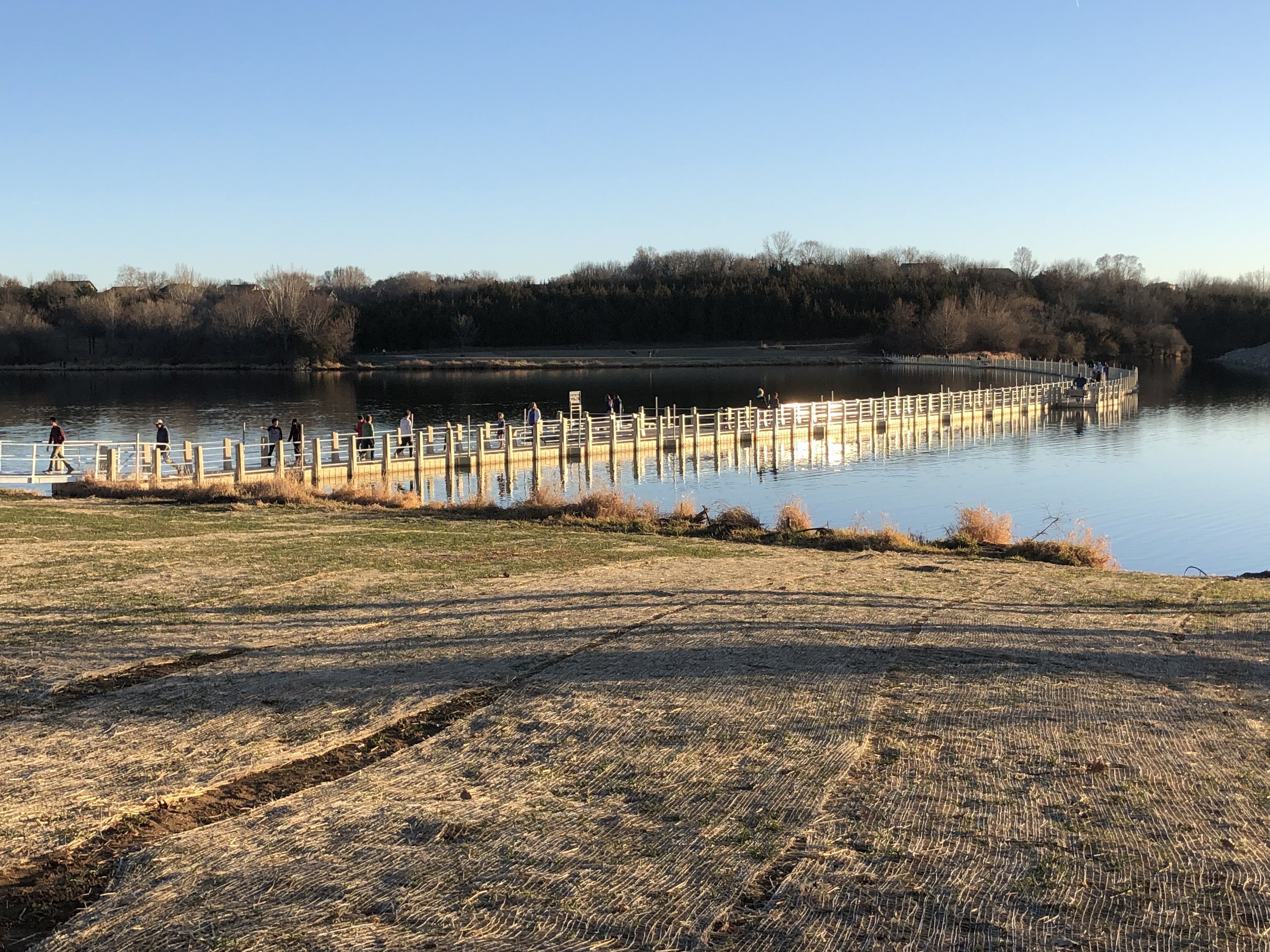 I’ve lived in northwest Omaha, about 5-10 minutes from Standing Bear Lake, since 1996. For many years, the facility maintained by the City of Omaha Parks and Recreation department always seemed like a missed opportunity with its outdated, deteriorating play equipment, crumbling and sketchy parking areas with broken glass covering the ground and unconnected trail segments. It felt sad and, frankly, unsafe.

As subdivisions began to develop in the area, the conditions around the lake improved. A kayak rental company got some things going at the boat ramp and trail segments were fully connected on 3 sides of the lake; but unlike Omaha’s popular Lake Zorinsky with trails connected around the full perimeter, those wishing to run or bike make the full loop had to traverse the west section on a goat path next to an increasingly busy, shoulderless two lane road (144th Street).

Over the years, I’ve taken countless photos of people putting themselves in this precarious situation - moms pushing baby strollers along the bumpy, unimproved path, kids on bikes wobbling along precariously next to speeding traffic. I’ve attending countless meetings, bringing attention to this safety issue over and over, both as a bike/ped advocate and as a private citizen living nearby, but there was no end in sight to the problem. The City didn’t want to make improvements that would eventually be demolished when 144th Street was improved (a project, by the way, that had no timeline or budget, just noted on a “someday we want to do that” list) and the environmental issues related to the wetlands and flood control complicated matters significantly.

When I heard the news earlier this year that the City received a donation to connect the trail across the west side of the lake with a floating trail segment, I was ecstatic. Connectivity from some areas west of 144th Street would still be tricky, but at least a person could finally get all the way around. The project was under the radar during the early part of the COVID outbreak and was opened in September.  The floating structure also includes a wheelchair accessible kayak ramp!

I finally got over to the lake to see the new floating trail yesterday, going for a walk with my hubby on the glorious 60 degree December day, and I was stunned by what I saw. Standing Bear Lake had seemingly come to life. Granted, the weather was amazing, but in all of my years living nearby, I have never seen many people there. I saw young and old. Moms pushing strollers and seniors with canes. People walking dogs of all shapes and sizes, fishing, flying remote control airplanes and swinging on the swings. A young family was doing a photoshoot. People sauntering, fitness walking and running. And the bikes! I saw people on fitness bikes, cruisers, fat bikes, recumbents and  e-bikes. I saw Black, White, Hispanic, and Asian folks. Name the demographic, and it was represented on this random Wednesday afternoon at 4pm.

I don’t know what kind of magic beans are in the floating trail connection, but they seem to have transformed Standing Bear Lake. Connect it and they will come.