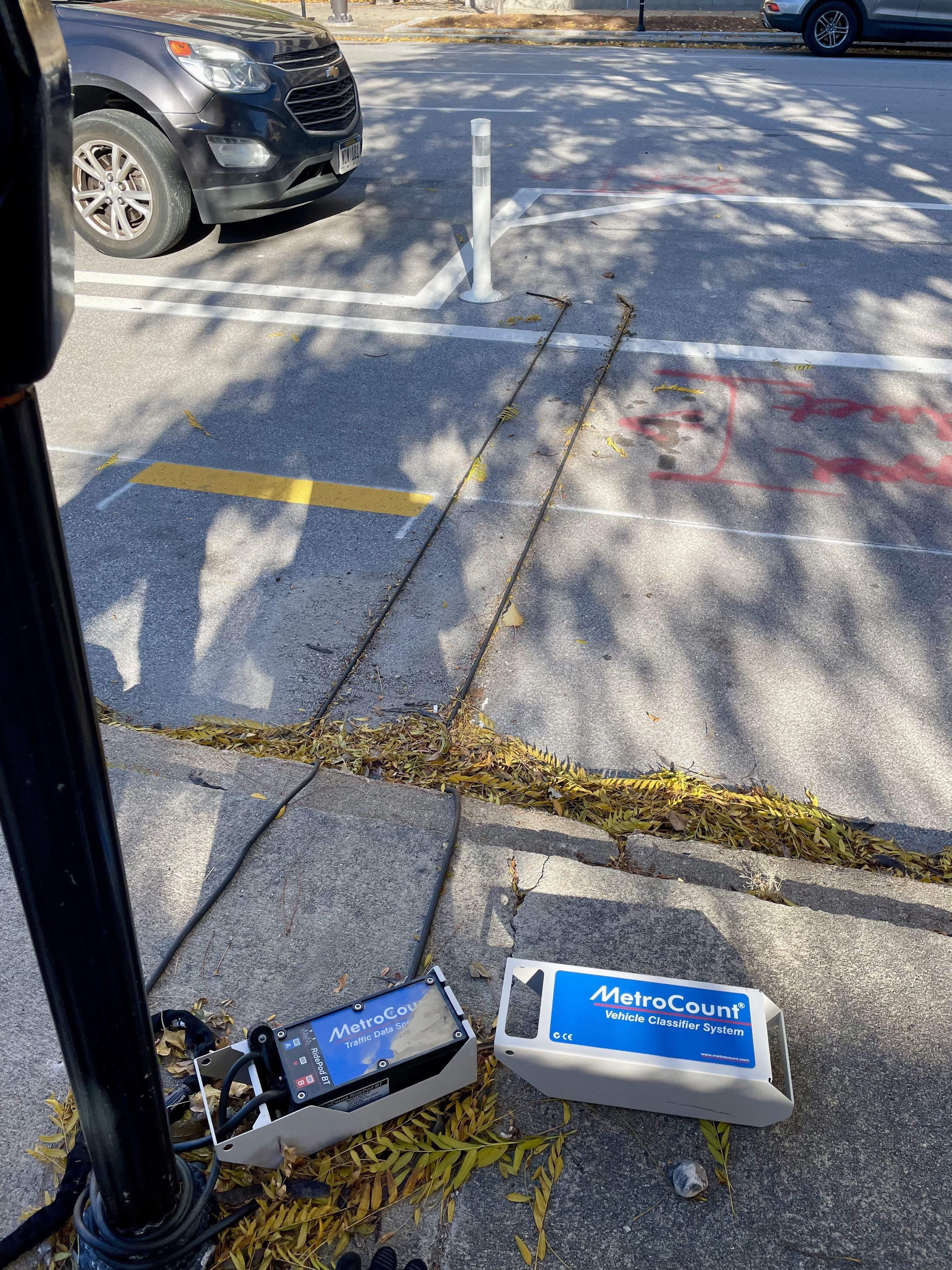 For those of you that live in Omaha and have ridden the new Market-to-Midtown Bikeway, there’s something you've probably ridden right over and didn't even know it. They are counters! In five spots along the bikeway there are two black tubes that lie across the lane. Their purpose is to count the number of times a bike, scooter, or person rolls or walks over it, in either direction. These counts are vital for the pilot phase of the Market-to-Midtown Bikeway.

The data from these counters is collected every few weeks by riding along the bikeway and plugging the counters into a laptop. From there, the data is compiled and analyzed. This is where we got the Market-to-Midtown Bikeway Fast Facts. If you haven’t seen it yet, check them out!  It’s also how we’ll compile data to (hopefully!) prove that the bikeway is vital and needed in order to move it to it’s permanent stage. For now though, we’ll continue to monitor and extract data from these counters. Next time you ride or pass the bikeway see if you can spot the important black tubes!