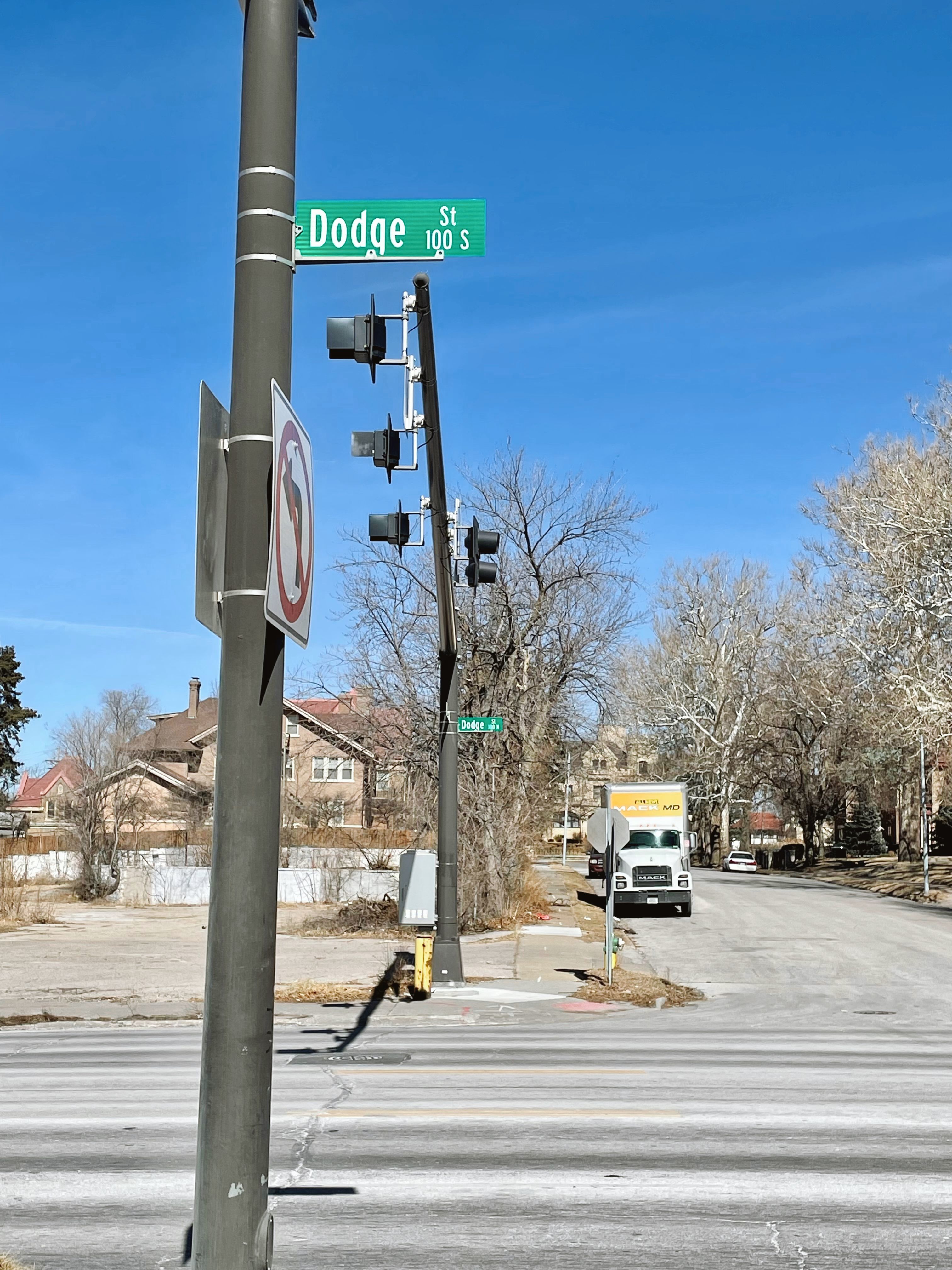 In the final blog post of the series, I decided to walk an area that is near and dear to my heart: Blackstone. I lived in an apartment in Blackstone for 3 years while I was doing my master’s at UNO. Living so close to Dodge and not wanting to pay for a parking pass, I would take the bus every day to my job on campus and back after my evening classes. I walked the neighborhood daily for both transportation and recreation so I got a good feel for the vibe of the neighborhood.

In recent Omaha news, a private developer is proposing to build a new apartment building on the corner of 38th Ave and Dodge. There is also another proposal for an apartment building on 39th and Dodge. The stretch between 35th and 41st & Dodge Streets is absolutely a “hot spot” for car crashes and pedestrian injury. Any conversations surrounding development in the area need to address safety. There have been numerous crashes as well as pedestrians hit by cars on this stretch due to high speed and traffic volume.

When looking into this, I was horrified to learn of the death of Creighton University professor, Dr. Edward Horowitz, who was killed by a hit and run vehicle walking with the right of way in the crosswalk on 38th and Dodge in 2014. This really impacted me because I have crossed this intersection so many times in the mornings during rush hour and stood waiting for the bus on that very intersection. To think in a moment, someone in their car can hit a person and just leave them there. Or they are distracted and veer onto the sidewalk a bit and happen to hit whoever was there waiting for their bus. It gives me the chills to think about this, but it is the stark reality of the car-centric Dodge street. With development moving from Farnam towards Dodge, these issues should be absolutely at our forefront.

To revisit the area, I was planning to take the ORBT from our office in Dundee to Blackstone. However, the bus came early and it was a beautiful day so I decided to walk to Blackstone, something I’ve never done before. I stayed on the north side of Dodge because I like to see the cars that pass by me, giving me more of a feeling of safety. The walk was pretty much everything I expected, cars driving way too close on one side of me and nowhere to go to escape that on my other side. It took me about 20 minutes to reach 38th and Dodge where I decided to cross the intersection once again. I firsthand felt how fast cars go on Dodge when the pedestrian signal turned on and cars that were quickly approaching the intersection were not stopping. I actually waited for them to come to a very fast stop just before the crosswalk when they saw me before I stepped foot in the intersection because at that moment I really felt that they might hit me. Luckily they stopped and it is a short intersection so I walked quickly across. There were no cars turning from 38th onto Dodge so I didn’t have to worry about that. In the past, many of these cars almost hit me as they seemed to only pay attention to the green light and not be cognizant of a pedestrian in the crosswalk.

After walking that intersection I headed towards 38th Ave/39th and Dodge to see the sights of the potential apartment buildings as well as to 39th and Farnam where pedestrians have been struck and killed. It was interesting to compare Dodge to Farnam, streets that are just two blocks away from each other yet have such different feels. Dodge feels sketchy due to its dirty, litter ridden sidewalks and high speed traffic. Farnam is a little nicer in that there are trendy businesses and both historic and modern apartments nearby, a little cleaner, but still sketchy traffic that zips so quickly through that corridor.

Since moving out of Blackstone the only change I noticed was a bright pedestrian sign with orange flags sticking out of them on the corner of 38th and Farnam Street. It’s a small step in the right direction to making the area more pedestrian friendly. In the proposed 38th Block apartments I saw a drawing with a road diet (less lanes, middle turn lane, and wider sidewalks) as well as more lighting across Farnam street. If there are more apartment buildings on Dodge, these same concepts should be, in my personal opinion, added to Dodge street to improve the safety and security of those walking along the busy street. And with the streetcar announcement, I hope many more changes and conversations around pedestrian safety will also be pushed to the forefront.