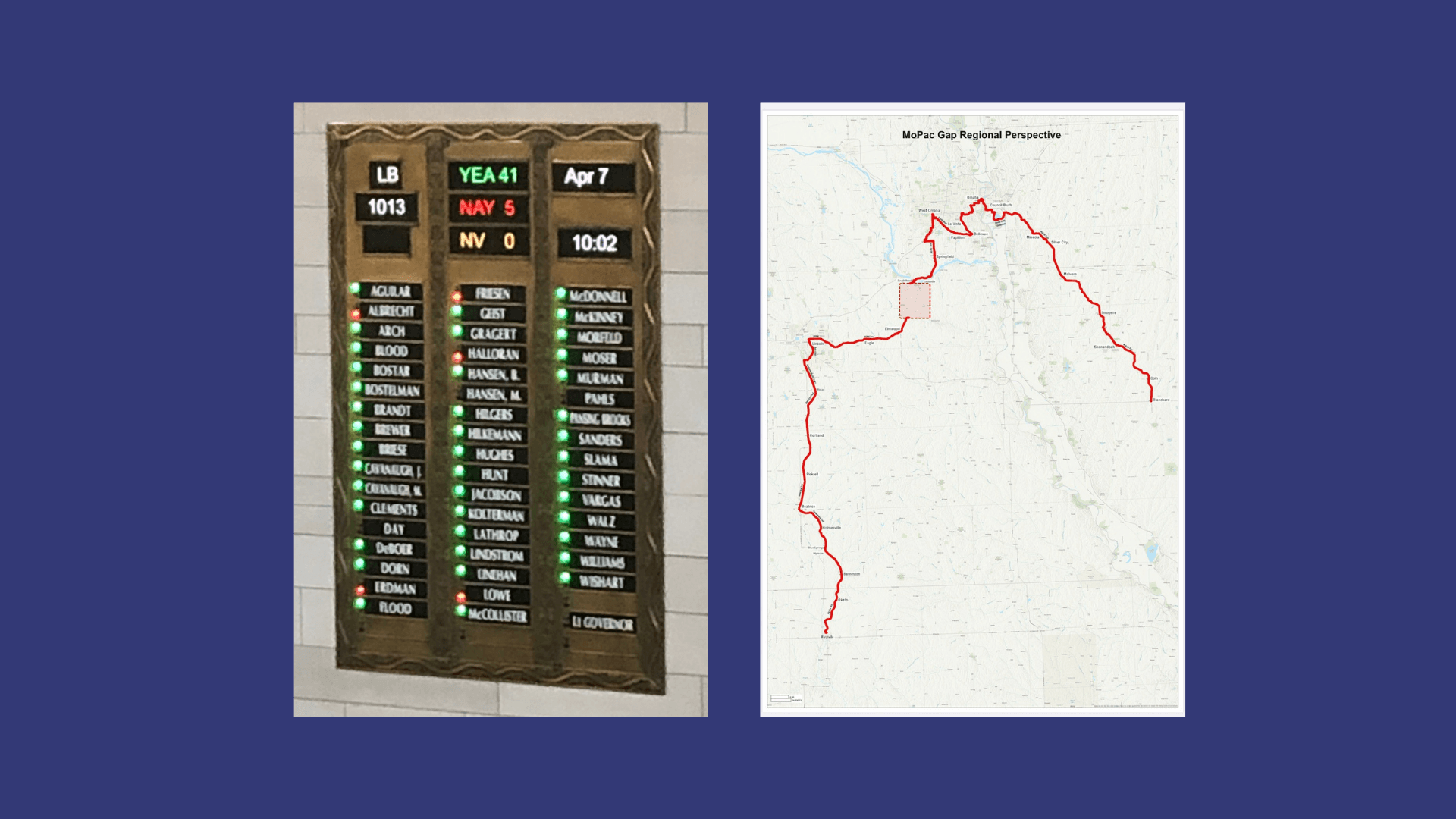 The gap in the MoPac Trail between Lincoln and Omaha will be constructed.

LINCOLN, Neb. (April 7, 2022) ⎯ In a historic vote for trails in Nebraska, the Nebraska Legislature voted today to override Governor Ricketts’ veto of LB 1013.  The items in this budget bill included $8.3 million in funding to construct the gap in the MoPac Trail between Lincoln and Omaha, which was originally introduced in LB 813 by Senator Robert Hilkemann of Omaha.

Julie Harris, Executive Director of Bike Walk Nebraska said that a partnership made it happen. “In 2018, Bike Walk Nebraska formalized a partnership with the Nebraska Trails Foundation with the goal of closing the gap in the MoPac Trail. We’ve been making steady but incremental progress since then, so today’s vote validates all of our hard work. Many late nights and weekends have contributed to today’s result. We are so thankful for every Senator that voted to support trail development, and of course, Senator Hilkemann who has been a tremendous champion for bicycling during his time in the Unicam.”

Jason Buss, President of the Nebraska Trails Foundation, said the route for the trail through the gap has not yet been determined, but it will be built within existing public right of way.  “We are thrilled to see the trail funding fully restored with this vote,” said Buss. “By getting the MoPac Trail fully connected between Lincoln and Omaha we will be improving this great amenity for Nebraskans and also making a regional connection to over 260 miles of off-road trails, stretching to the Kansas border on one side and from Iowa south to the Missouri border on the other.”

Trail advocates throughout Nebraska came together to educate state senators across the state about the benefits of this trail. Brittany Helmbrecht, President of the Northwest Nebraska Trails Association said, “Nebraska has the most mileage of any state for the Great American Rail Trail, which stretches from Washington DC to Washington state. Getting the MoPac Trail connected in the eastern part of the state will complement our work to get the Cowboy Trail completed in northwest Nebraska. Eventually people will be able to ride across the state from Omaha to Chadron, which will increase bicycle tourism in many rural communities.”