Unicam Update: LB 164 aka: The Wrong Solution for the Real Problem 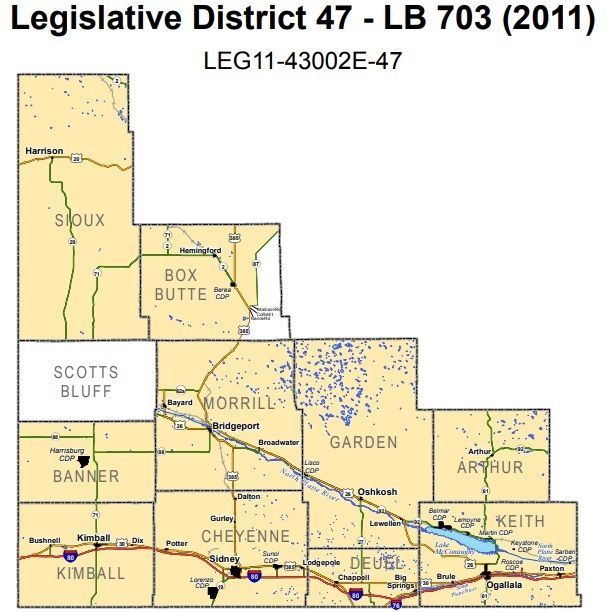 When I read LB 164 introduced by Senator Erdman of District 47, I was immediately conflicted. This isn’t the first time he has introduced a bill like this; a helpful conversation with his office’s Legislative Aide confirmed what he is trying to accomplish, and it is something BWN fully supports. Unfortunately, the solution Senator Erdman outlines with LB 164 will not solve the problem. In fact, it could actually make things worse.

On all highways within their corporate limits, except on state maintained freeways which are part of the state highway system, incorporated cities and villages shall have the same power and duty to alter the maximum speed limits as the department if the change is based on engineering and traffic investigation or hazardous conditions as determined by the city council or village board, except that no imposition of speed limits on highways which are part of the state highway system in cities and villages under five hundred... shall be effective without the approval of the department (of Transportation).

By now you know how we feel about highways within corporate limits, especially in small towns. Decades of transportation decisions made based on the principle of “get those trucks to market as quickly as possible” have left small towns with dangerous highways/main streets that make it too easy to speed through. Note all of the major highways on this map of Senator Erdman’s district; bet the farm that every single small town on this map has complained about vehicles speeding at one time or another. Several Senators on the Transportation and Telecommunication Committee commented during the initial hearing for the bill that they have heard from constituents in their districts about similar concerns, too. It’s understandable that Senator Erdman would want to try to solve this problem.

The concern we have with LB 164 isn’t that Erdman wants to give city councils and village boards the authority to change the speed limit on the highways within their borders; the concern is granting the authority to bypass standard engineering principles and make speed limit changes based on however these elected officials want to define the term “hazardous conditions.”

This would be the place where we offer our friendly reminder that merely changing the numbers on a speed limit sign will not going to get people to slow down. (If only this was the case!) Roads need to be designed for the desired speed to start with.

The solution we proposed in our neutral testimony for LB 164 is this: the Nebraska Department of Transportation should develop a process* to work with small towns to identify dangerous conditions on the highways within their borders and prioritize design improvements that will improve safety accordingly. The draft of NDOT's new long range strategic plan calls for a Complete Streets policy and better stakeholder engagement, both of which (if implemented properly) would be a good place to start. And of course, Bike Walk Nebraska is eager to help.

*Because as you know, IT’S ALL. ABOUT. THE PROCESS.